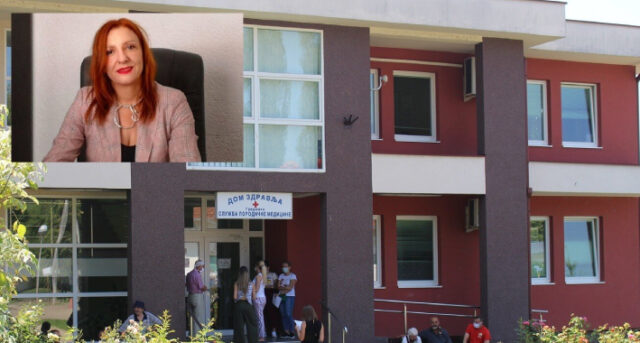 One thing is clear when we add it all up, the damage that the financial allocations caused to the Gradiška Health Center through decisions are in the hundreds of thousands of KM. The neglect of the health care system has brought health care into a dubious situation from which there is no way out, except for the one towards Western Europe

After we wrote about the controversial decisions of the former director of the Public Health Institution “Gradiška Health Center”, Vesna Gluvić Čelić, who thus damaged the budget of this institution by about 100 thousand KM, we also analyzed other decisions that Gluvić Čelić made with her associates. , where the same practice was performed, all at the expense of the Gradiška Health Center. We also analyzed the contracts she made with her husband, Infoveza writes.

What is important to mention at the very beginning is the fact that the former director of the Public Health Institution “Dom zdravlja” Gradiška, Vesna Gluvić Čelić, could not pay herself extra money on her salary without cooperation with the legal service and accounting of the Health Center. These two sectors were the cover for these illegal actions, and they tried to cover everything with the Statute of the Health Center, ie Article 20, which we analyzed in the previous text, where lawyers warned us that the Statute cannot be a denial for this, because its legal power is weaker than the law.

However, the law is not something that Tanja Čagljević from the legal department and Vesna Obradović from accounting blindly followed. Tanja Čagljević is the head of the legal service of the Gradiška Health Center, and she has been paid through decisions since the time of Tihomir Mihajlović, who also did numerous illegal activities, as the director of the Gradiška Health Center.

Everything that the previous director Mihajlović started with controversial decisions, Gluvić Čelić continued. Thus, based on four decisions, two of which were made by Mihajlović, and the other two by Gluvić Čelić, Tanja Čagljević received 800 KM net every month. You can see how absurd these decisions are when you read them in detail, and in one of them (where Čagljević will collect 200 KM per month) it is stated that she is taking care of the sustainability of the health system of Republika Srpska. With these decisions and other activities, they really showed how they take care of the health care system of the Republic of Srpska, which is in severe dubious.

During the mentioned period of Vesna Gluvić Čelić’s mandate, Tanja Čagljević’s son was also employed at the Gradiška Health Center to maintain the IT system. Tanja Čagljević is the wife of the director of Elektrodistrubucija Gradiška, Mišo Čagljević, and they are all members of the SNSD party.

Vesna Obradović, the head of accounting at the Gradiška Health Center, was not a little more modest. Through the decisions of, first Mihajlović, and then Dr. Gluvić Čelić, she also earned 800 KM net per month for more than three years. Obradović, like Čagljević, was paid to take care of preserving the health care system of Republika Srpska. It is a particularly interesting fact that most of the decisions were made on the basis of participation in the work of a commission or project, and that commission or group consists of Obradović, Čagljević and Vesna Gluvić Čelić.

Last time, we pointed out the way in which the then-current management of the Gradiška Health Center responded to us after we asked for their comment on these decisions. We also asked for a comment from Vesna Gluvić Čelić’s husband, Saša Čelić, who earned around 3,190.00 KM per month for reading the findings, based on a contract concluded with the Gradiška Health Center.

After Dr Čelić’s answer, we sent an inquiry to the Health Center, related to Dr Branka Milošević, where we received confirmation that she was an associate of the Gradiška Health Center, but we did not receive more details.

In any case, according to the information of the experts, the findings can be read from home, because everything works electronically, so the findings could be read by anyone. For now, the contract with ČeliĆ has been terminated, and time will tell what the new management of the Gradiška Health Center will do with other decisions.

Abuse of office is widespread in our society. The main problem is that political parties have captured society and we live in a partocratic society, and when certain irregularities are discovered, it is rare for a sanction to be taken, political analyst Velizar Antić believes.

“Those political parties that win power appoint their loyal members who have their protection. On the other hand, such elected officials work primarily in the interest of the party, and not in the interest of the institution they head. And this situation could be defined as a rule, not as an exception. In this particular case, the institute of acting director was also severely abused.”

“It is clear that when you have someone for a long period of time in the status of acting director, the irregularities in his work will be a common occurrence as well as various abuses. This is exactly what happened in this case as well. Also, a big problem is the lack of responsibility. Namely, even when clear irregularities in the work of elected officials are affirmed, they rarely take responsibility for their mistakes, because their prosecution would lead to information that many cases of abuse were committed in favour of ruling political parties, and the detection of such abuses in such a partocratic society it is by no means in the interest of those in power. That is why we don’t have responsibility for abuses and embezzlement. ”

One thing is clear when we add it all up, the damage that the financial allocations caused to the Gradiška Health Center through decisions are in the hundreds of thousands of KM. The neglect of the health care system has brought health care into a dubious situation from which there is no way out, except for the one towards Western Europe.